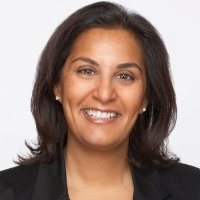 According to the 2015 list of women CEOs of the Fortune 500, women make up only 4.4 percent. The number is low and it’s a telltale sign that something needs to be done. One woman is looking to change the landscape of opportunity for women and young girls by creating the opportunity for them – Farah Mohamed.

Farah Mohamed is the founder of G(irls) 20 Summit. It is an international event that brings together young aspiring women with world leaders on the G20 stage.
“We focus on entirely on the economic argument of investing in girls and women. So if you are serious about economic growth, whether it is within your company or within your country (GDP) that’s what G 20 Summit is about – you have to look at all your resources in terms of human resources as women. We were the very first global organization based in Canada to take that argument at the G20 level”, Mohamed tells Fusia Magazine. “And then we work strategically to make sure that we are aligned with their messages, with their agenda … we get these girls in the room and we invest very heavily in their skill sets. So if you are a Girls20 delegate you walk away with media training, digital training, literacy in terms of financial literacy, you walk away with a network of potential leaders of 20 plus countries”.

“I was born in Uganda, I am of Indian heritage. I came here when I was 2, my parents escaped as refugees, so you can imagine they had nothing when they came here,” explains Mohamed. “We were raised to be very thoughtful of others and very, very conscious of ourselves. I really think I did go through life understanding we were very different and had different circumstances and if we were going to be successful, that was largely dependent on ourselves”.

Mohamed has always been about creating opportunity and change. She began her career in Ottawa, on Parliament Hill working with some of Canada’s most senior politicians. She was also the VP of partnerships and government relations at Victorian Order of Nurses, one of Canada’s largest not-for-profit charities. Mohamed tells Fusia Magazine, strong female role models have surrounded her all her life. Those role models taught her how to believe in her own purpose especially in a room full of men. “As a woman when you go into a field like politics where there are largely men, you do have to conduct yourself differently, you find yourself questioning decisions that have been made or whose got the strongest voice not because of what they are saying but because of who they are and what body part they might have. I have always been very self-aware that people put you in different boxes depending on what is your sex and how old are you – so I had the double whammy; ethnicity also played a role … I call that a hat trick”.

That consciousness inspired her to have conversations with not just young girls but young boys as well, to educate them both on the true role of women and how both girls and boys can support that role, help it flourish, and strive towards better equality. Mohamed has set the path forward and her goal now is to continue bringing young girls and women to the forefront.

Mohamed is also launching a program called Girls on Board. It aims at getting young girls on major community boards to not only have their voices heard, but to get their ideas on the table. Farah Mohamed represents the future of where women are going today and where they plan to be in the future …. At the head of the table.

“We don’t have pay equity, we don’t have equal representation in politics or in corporations and I think that is a big deal. So in terms of where I think women need to be today versus where they could be 10 years from now, I think we are in what I would call the perfect storm. We have organizations both private sector and social pockets, we’ve got individuals like the President of Japan and also the Prime Minister of Canada talking about why it is important to have women, that is a perfect storm. Then we have all those economic arguments where people are saying your company will be better if there is a woman at the table, your family will be better off if there is a woman making decisions for the family. Though I think we have come a long way in terms of the narrative and the action, 10 years from now I am hoping we are not having this discussion.”