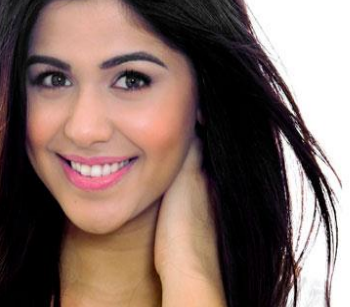 Ruchika Bindra, born in India, raised in Dubai and Canada.

Bindra is a passionate journalist and media lover with a Master’s degree in Communication studies from Ottawa University. For Bindra, media is more than entertainment, it is a way to communicate, educate and empower our communities.

After winning the Miss Photogenic title in 2013 at the Miss India Canada Pageant, Bindra has done TV commercials, hosted events in the South Asian community and has trained young adults in media presence and confidence building. She has written for several publications such as Global News Online, Montreal Shaadi, and Suhaag Magazine.

Bindra is currently the host of the hit show on Rogers TV, #NoFilter. Every week she empowers young adults to explore and discuss different topics relating to them! Known on screen for her outgoing nature, and warm media presence, she has won over audiences! With the success of season one, her show has now returned for its second season this fall airing all across the GTA. You can catch her every Wednesday on your television screens at 8pm on Rogers TV.

#NoFilter is a millennial talk show. The show came about because millennials are the most talked about and researched group! They are changing every day and have such an impact on society.

The show is organic in its approach, it’s a platform where young adults and Bindra discuss

and engage in conversations about diverse issues which relate to them. The show is not scripted and it’s authentic.

Every week a topic is chosen, and an expert is invited to add some insight and help facilitate the discussions.

The unique aspect of the show is the fact that it actually has millennials on the show discussing issues which relate to them, not just an expert on the topic. These individuals are going through the many changes of society every day, so whom better to know from!

The show also has a live tweet in segment so that viewers all across the GTA can send in their views, comments and questions.

The show received such a warm response during its opening season that it is back every week for Season 2!